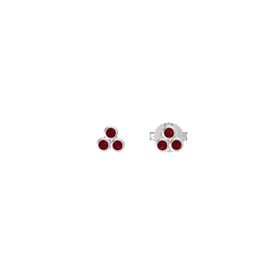 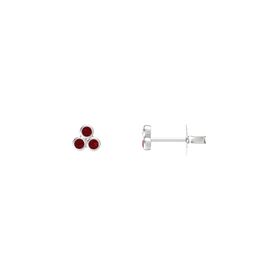 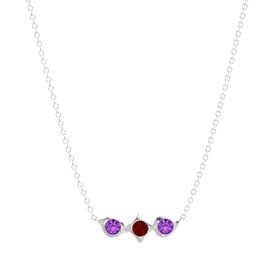 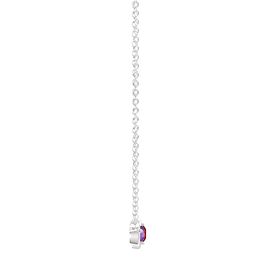 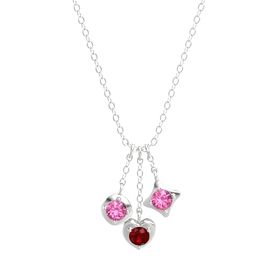 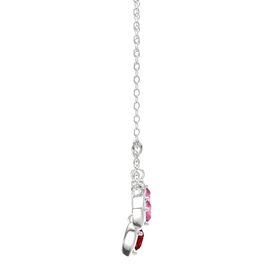 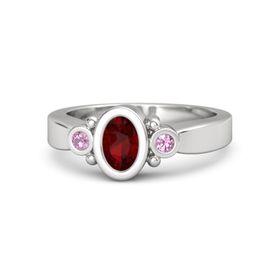 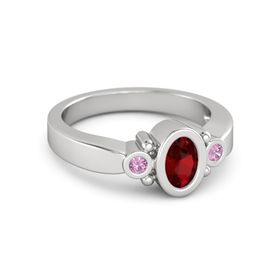 Celebrate a love that grows stronger year after year with a brilliant anniversary ring. These brilliant band rings beautifully symbolize the strength of your commitment. You can wear anniversary rings with your wedding band, on the other side of your engagement ring or on your right hand. Our stackable anniversary rings allow you to add to your collection celebrating anniversaries to come. See our list of anniversary gems to choose the traditional gem to mark this year's anniversary. Gemvara's unrivaled selection of July Birthstone Lab Ruby Three Stone Anniversary Jewelry Under $250 means you can find a style that's perfect for you. Our anniversary rings are crafted in the finest materials. The Ruby is the gem of the heart. Rubies evoke passion and a spirit of adventure. Gemvara's lab created rubies are a pure vivid red with no overtones. These cutting edge and innovative gemstones are chemically, physically, and visually identical to those mined underground. Ruby is the 15th and 40th anniversary gem and is also the July birthstone.With a little care, anniversary rings will wear beautifully for all of your anniversaries to come. Clean July Birthstone Lab Ruby Three Stone Anniversary Jewelry Under $250 in a bowl of water with a little mild dish soap. You can use a soft brush where dust collects. Gemvara's fine quality July Birthstone Lab Ruby Three Stone Anniversary Jewelry Under $250 are designed to be passed down for generations, hand-made by skilled craftspeople in the United States.