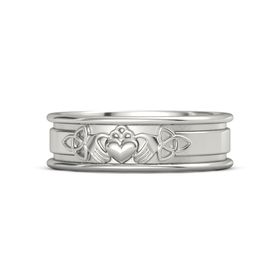 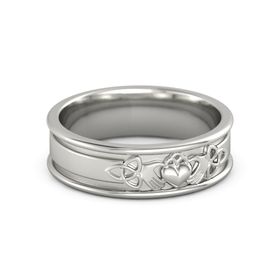 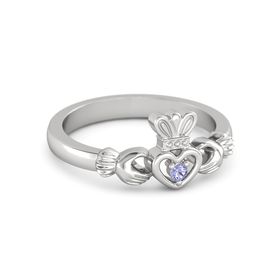 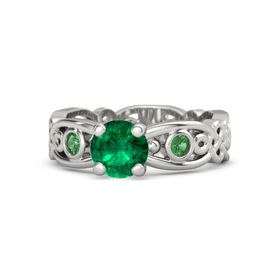 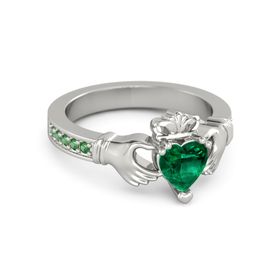 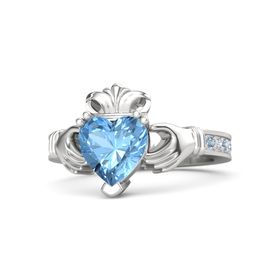 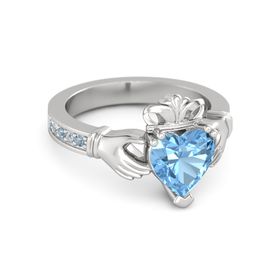 Claddagh rings have a crowned heart held between two hands. The heart symbolizes love, the hands symbolize friendship, and the crown symbolizes loyalty. Claddagh Rings are a traditional gift of love. The name comes from the Irish village of Claddagh outside Galway.

Claddagh rings are often used as traditional Irish engagement rings or wedding rings. They are also a traditional friendship or promise ring.

The distinctive design was created in the 17th century but it is based on Fede rings which originated in Roman times. Fede rings are adorned with hands or clasped hands. Some Fede ring designs are puzzle rings, with a hand on each ring that become clasped hands when they are worn together.

Claddagh rings are traditionally worn by both men and women. Before 1840, the style was generally worn by men. Today, it's more popular for women.

"Fenian" Claddagh rings are designs without the crown, a variation created in Dublin, possibly to remove what might be considered a reference to the British monarchy.